When Bristol was awarded UNESCO City of Film status in 2017, it came as no surprise to Bristolians – we’ve always known our city has star quality.

Home to a thriving TV and film industry, Bristol is home to Aardman Animations, BBC Bristol and Bottle Yard Studios and has hosted many big TV and film productions. As well as playing itself, Bristol has also been a stand-in for Victorian London, Holby, Peckham, Cornwall and Medieval England in TV shows such as Sherlock, Casualty, Doctor Who and Skins.

We’ve put together some of our favourite filming locations for any filmbuffs interested in re-enacting their favourite scenes. 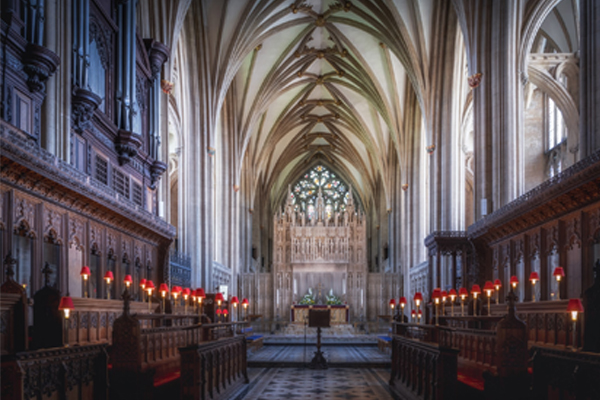 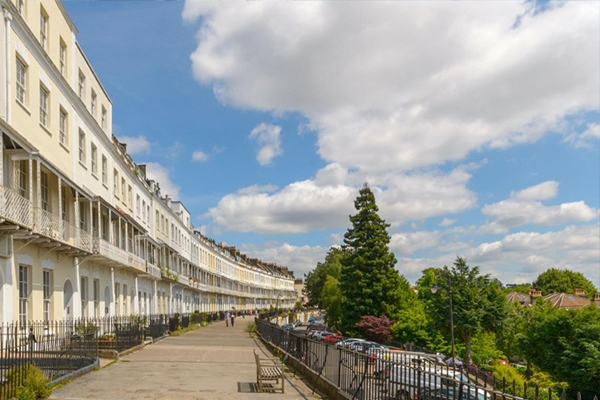 Bristol’s Cathedral was the site of many scenes in the BBC’s 2014 drama ‘Wolf Hall’. The Nave of Bristol Cathedral played the role of Westminster Abbey for the Coronation of Anne Boleyn, the Chapter House became the office of the Duke of Norfolk and other scenes were filmed in both the Eastern and Elder Lady Chapels. Fans of the show and Hilary Mantel’s Booker award-winning novel can follow a trail through the Cathedral to see the different locations used. For more information on opening times and to download a copy of the Wolf Hall trail, visit the Bristol Cathedral website.

With its gorgeous Georgian terraces, Clifton has featured in many films and TV series, most notably 2006’s Starter for Ten which stars both James McAvoy and Benedict Cumberbatch. Royal York Crescent is home to McAvoy’s character in the film and we also see a cameo appearance from Bristol Ferries in the film.

This BBC favourite was filmed all over Bristol, with Goldney Hall’s beautiful hosting John and Mary’s wedding, the University of Bristol’s Victoria Rooms standing in as the courthouse and quirky King Street playing Victorian London. Bristol Film Office have put together a map of all the locations used which can be downloaded on their website.  Fans can also put their own detective skills to the test with an interactive game that involves real-world characters, animated video, voicemail and text messaging. Find out more about this fun way to explore the city on the Visit Bristol website.

From 2007 – 2013, Bristol was synonymous with teen favourite, Skins. It was a hard-hitting TV drama about a group of sixth formers living in Bristol and starred many well-known British actors such as Nicholas Hoult, Dev Patel, Jack O'Connell, Daniel Kaluuya and Kaya Scodelario. Thanks to a trail set up by Bristol Film Office and Visit Bristol, fans can reminisce by touring key locations that became the visual backdrop to the drama over the years, including Brandon Hill, College Green, Pero's Bridge, St Nicholas Market, Thekla and many more. Explore the Skins location trail here.

A group of low-level offenders brought together via community service isn’t the most obvious choice for a comedy, but Stephen Merchant’s BBC comedy was one of 2021’s biggest shows. Images of Christopher Walken on set in some of Bristol’s outer suburbs went viral across the West Country as Bristolians goggled at the sight of one of the world’s biggest film stars in Sea Mills. There’s a list of all the locations on the Bottle Yard site – a trail that will take visitors on a thorough tour of the city.

Bristol has been a favourite for many years and eagle-eyed viewers will spot the city in classic TV shows such as Only Fools and Horses, The Young Ones, Casualty and Teachers. Most recently, it’s featured in shows such as The Trial of Christine Keeler, Showtrial, Chloe and Before We Die. Keep an eye out when you’re walking around – you might just stumble onto the set of the next big TV hit!